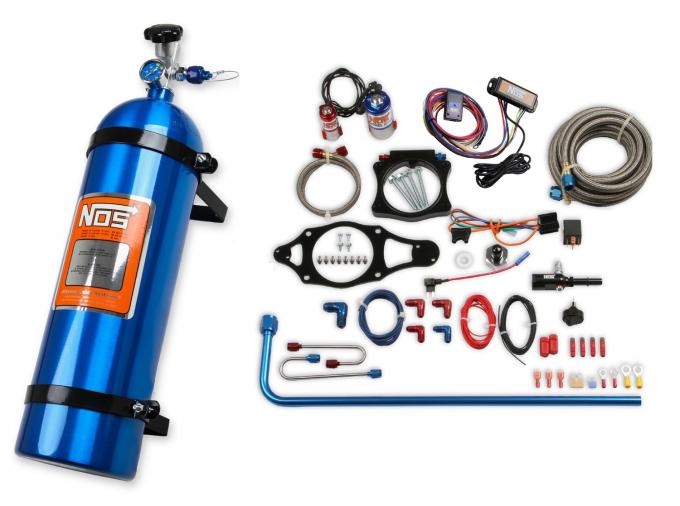 CALL US
877.589.9860
Description Vehicle Fitment Downloads Specifications Reviews (0) Product Q&A
Do you want more power for your 6th Gen Chevy Camaro SS, but don't want to spend a lot of time and money getting it? NOS now offers complete kits for your car. Our kits include everything needed to install that extra power. Along with all the nitrous and fuel related hardware, we also include an NOS Mini 2-stage progressive controller for exceptionally smooth power delivery. The nitrous plate is machined from billet 6061-T6 aluminum then anodized black for great looks under the hood
Features:
Holley Performance Emission Code 3: This part is legal for sale and use on Uncontrolled (Non-Emissions Controlled) Vehicles and Racing Use Only Vehicles. The following vehicles are considered Uncontrolled (Non-Emissions Controlled) Vehicles: 1965 and older U.S. manufactured California Certified vehicles/1967 and older U.S. manufactured Federally Certified vehicles/1967 and older Foreign manufactured vehicle. The following vehicles are considered Racing Use Only Vehicles: Racing Use Only Vehicles are vehicles that are used exclusively for competition and that are not registered and that may never be used on the street. WARNING: It is against the law to install this part on an Emissions Controlled Vehicle. The following vehicles are considered Emissions Controlled Vehicles: 1966 and newer U.S. manufactured California Certified vehicles/1968 and newer U.S. manufactured Federally Certified vehicles/1968 and newer Foreign manufactured vehicle
Installation Notes:
Does not fit ZL1 Model w/ Supercharged 6.2L Engine.