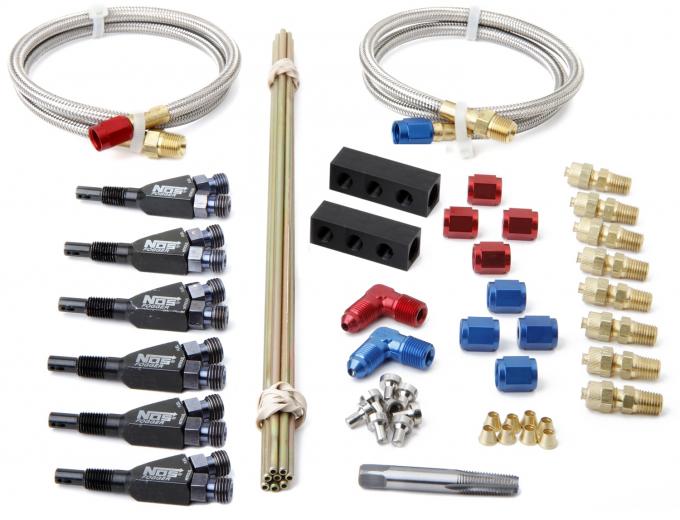 CALL US
877.589.9860
Description Downloads Specifications Reviews (0) Product Q&A
Plumbing kits are offered for those needing only the components related to the intake Manifold plumbing of a direct port Injection kit. Proper quantities of nozzles, lines, jets, and appropriate Fittings are included.
Features:
Holley Performance Emission Code 4: This part is legal for sale or use on Racing Use Only Vehicles. The following vehicles are considered Racing Use Only Vehicles: Racing Use Only Vehicles are vehicles that are used exclusively for competition that are not registered and that may never be used on the street. WARNING: It is against the law to install this part on an Emissions Controlled Vehicle
Installation Notes:
Should the configurations listed below not meet your requirements, call our Tech Dept. for a custom order. Call our Tech Dept. for recommended tuners and plumbing installers. Plumbing kits are also available in "show" version with polished lines, distribution blocks and chrome solenoids (if included in part number).