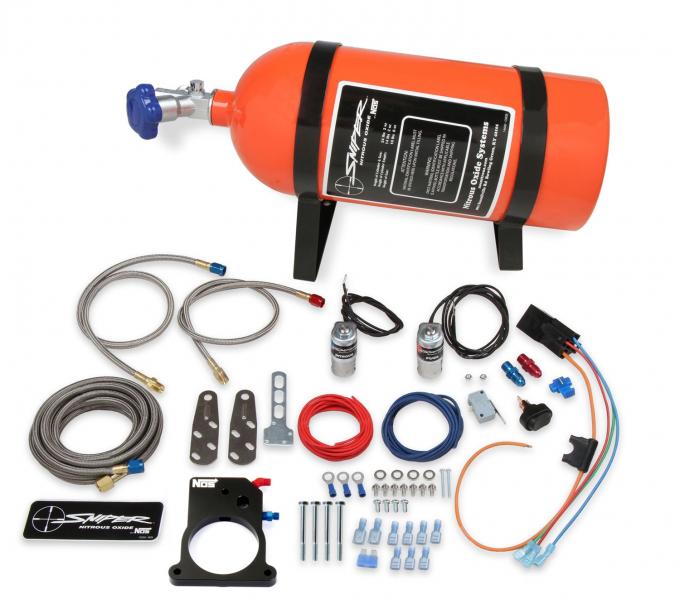 CALL US
877.589.9860
Description Vehicle Fitment Downloads Specifications Reviews (0) Product Q&A
Sniper Wet EFI Nitrous Plate Kits give one of the most powerful bang-for-the-buck power adding solutions. Sniper nitrous kits are great for the budget minded builder that wants the power nitrous is famous for. These are wet plate kits, meaning the additional fuel is added though the nitrous system, so there are no requirements for an injector upgrade. All of the needed items are included in the kit for a complete, no hassle installation.
Features:
Holley Performance Emission Code 4: This part is legal for sale or use on Racing Use Only Vehicles. The following vehicles are considered Racing Use Only Vehicles: Racing Use Only Vehicles are vehicles that are used exclusively for competition that are not registered and that may never be used on the street. WARNING: It is against the law to install this part on an Emissions Controlled Vehicle
Installation Notes:
This nitrous system is designed specifically for CARS equipped with an LS engine; Truck engines will require a fogger system such as 07006NOS. Recommend 1 - 2 steps colder spark plugs. No projected tip, fine wire or iridium spark plugs. Power levels in excess of 75 hp should use a racing/high octane rated fuel.