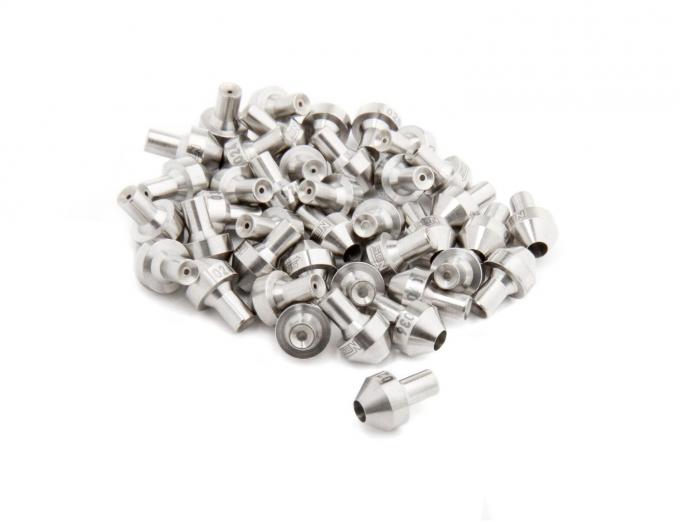 CALL US
877.589.9860
Description Specifications Reviews (0) Product Q&A
NOS has spent a significant amount of time and R and D evaluating the current jetting of its popular nitrous kits. With this testing, NOS has optimized the jetting of all of its plate kits and Fogger(R) kits. All of the nitrous kits old and new reflect this new optimized jetting. As a result, NOS has updated its jet kits and also released a few new kits so you can jet your nitrous kit to the horsepower that best suits your need.
Features:
Holley Performance Emission Code 4: This part is legal for sale or use on Racing Use Only Vehicles. The following vehicles are considered Racing Use Only Vehicles: Racing Use Only Vehicles are vehicles that are used exclusively for competition that are not registered and that may never be used on the street. WARNING: It is against the law to install this part on an Emissions Controlled Vehicle
Installation Notes:
To provide dealers with a large selection of jets for various applications, and to give racers a wide range of tuning options, NOS has assembled a number of Master Jet Packs. Also available are replacement plate jet packs, and eight packs for Fogger Direct Port kits.