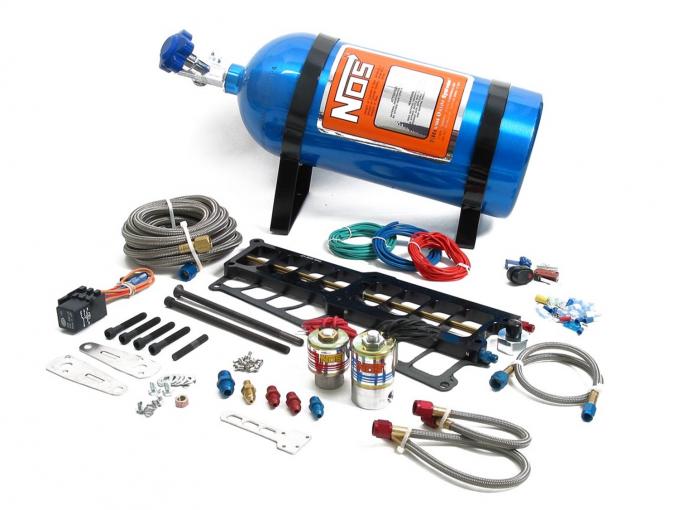 CALL US
877.589.9860
Description Downloads Specifications Reviews (0) Product Q&A
The NOS Big Shot plate system has been used with great success by many of the nation's premier 5.0 racers. The nitrous plate installs between the upper and lower Manifold sections and the dose of fuel and nitrous delivered to the intake tract is highly atomized for instantaneous power. Systems are available to fit the Holley SysteMAX, Edelbrock Performer, and Performer RPM manifolds.
Features:
Holley Performance Emission Code 4: This part is legal for sale or use on Racing Use Only Vehicles. The following vehicles are considered Racing Use Only Vehicles: Racing Use Only Vehicles are vehicles that are used exclusively for competition that are not registered and that may never be used on the street. WARNING: It is against the law to install this part on an Emissions Controlled Vehicle
Installation Notes:
NOTE: This kit is for use on the Holley SysteMAX, Edelbrock Performer and Performer RPM intake manifolds only. It will not fit any other brand or style of intake manifold.