We are OPEN FOR BUSINESS Prioritizing Health & Safety with a Reduced Workforce - For Updates on the IMPACT OF COVID-19 CLICK HERE
NOTE: All Couriers are reporting delays in deliveries of up to 10 business days from shipment. 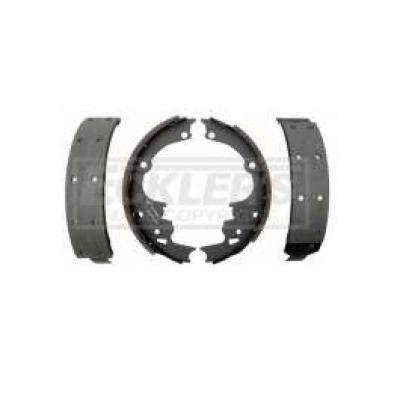 Restoration Correct Original AC Delco Part New Brake Shoes Not Relined Correct Fit Fits All Engine Sizes Also Fits IROC-Z 1989-1990, Rally Sport 1992-1993, Z28 1991-1997 Made In USA Do you hear noise or feel a pulsation when braking in your 1982-1997 Camaro? Brake shoes are an integral part of the braking system of a motor vehicle. When a driver steps on the brake, the brake shoe is the mechanical part that he or she is ultimately controlling to bring the car to a stop. The backing of a brake shoe is a metal part, but the area that actually comes in contact with the brake is padded to provide friction to stop the car without damaging the brake itself. Brake shoes are found inside of drum brakes; disc brakes have calipers, which serve the same function in a slightly different way.Drum brakes work using hydraulic pressure. When a driver steps on the brake, brake fluid under pressure travels to the individual wheel brakes, and small hydraulic pistons push the brake shoes onto the inside of the spinning surface of the wheel. The friction from the brake shoes slows the wheel down, and ultimately brings it to a halt. When the break is released, springs pull the brake shoe back into a resting position, clear of the wheel. Disc brakes work in the same way, except that instead of applying pressure from inside a drum, calipers grip a disc which stops the wheel. Use what came on your 1982, 1983, 1984, 1985, 1986, 1987, 1988, 1989, 1990, 1991, 1992, 1993, 1994, 1995, 1996, 1997 Camaro when it came from the factory. 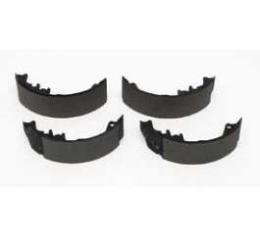 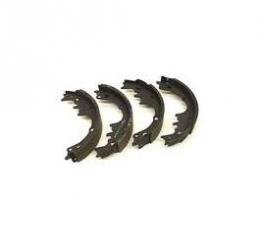 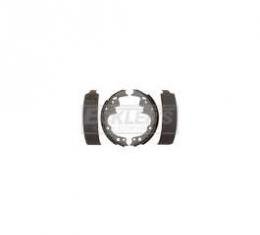 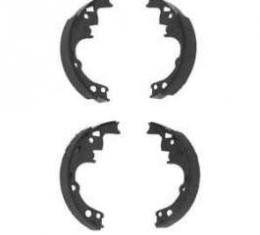