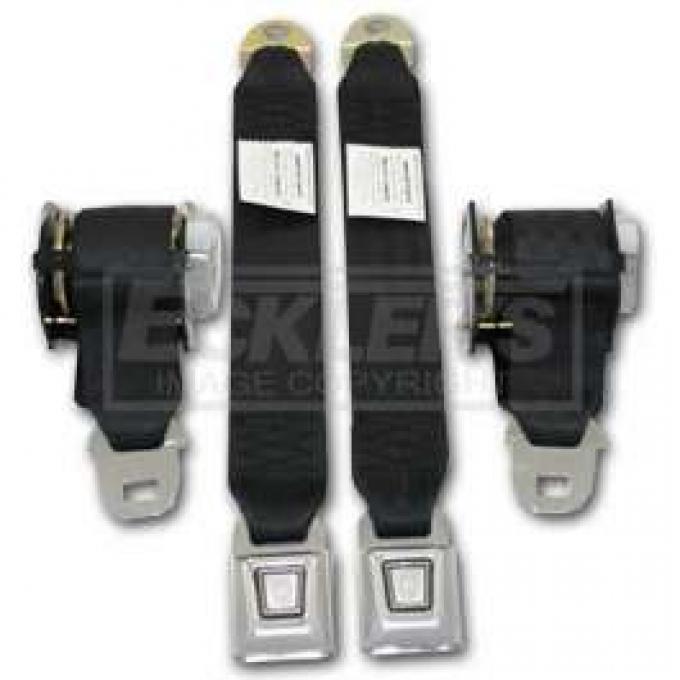 Superior Quality Replacement Seat Belt Set Direct Fit Seven Point Webbing Hardware Not Included Made In USA Camaro seat belts are your main line of defense in a crash. Keeping your 1974, 1975, 1976, 1977, 1978, 1979, 1980, 1981 Camaro's safety belts in good working order is vital. The function of the safety belt system is to secure the occupants from injury during a collision. Original Camaro safety belts are often damaged or missing. This retractable kit is USA made using the sturdiest seven point webbing available. The buckle features a generic starburst design and the belts themselves are available in a variety of colors. Don't waste your time scouring the salvage yards for 1974, 1975, 1976, 1977, 1978, 1979, 1980, 1981 Camaro's replacement seat belts.