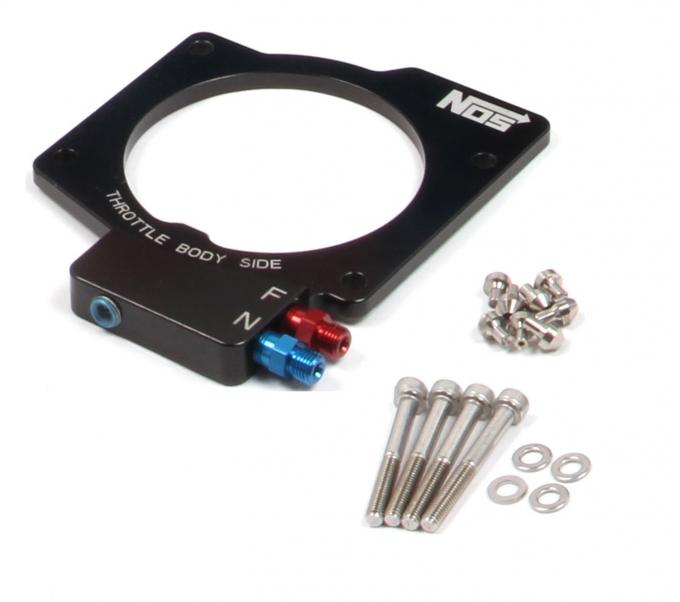 CALL US
877.589.9860
Description Vehicle Fitment Video Specifications Reviews (0) Product Q&A
The NOS "Plate Only" kit allows our customers to build a custom nitrous system for their 2010-2015 Chevrolet Camaro, or any application using a GM LS style, 90mm, 4-bolt throttle body. This ultra-slim design is only ¼" thick at the throttle body mounting flange. This allows maximum room forward of the throttle body to clear accessory drives, tensioner brackets or other obstacles that may interfere with a more forward mounted throttle body.
Features:
Holley Performance Emission Code 4: This part is legal for sale or use on Racing Use Only Vehicles. The following vehicles are considered Racing Use Only Vehicles: Racing Use Only Vehicles are vehicles that are used exclusively for competition that are not registered and that may never be used on the street. WARNING: It is against the law to install this part on an Emissions Controlled Vehicle
Installation Notes:
Retains stock throttle body location and orientation using a 1/4" billet aluminum plate. Ideal for any LS, 90mm, 4-bolt application. Supports up to 250 Horsepower