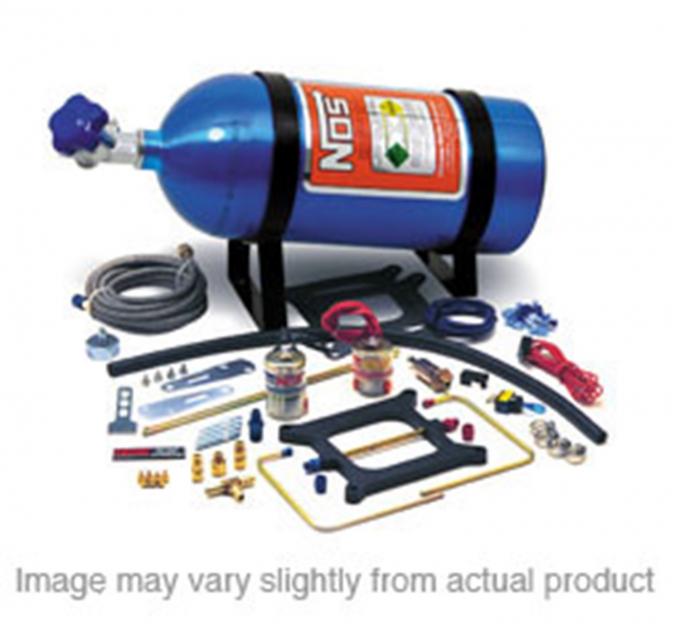 CALL US
877.589.9860
Description Downloads Video Specifications Reviews (0) Product Q&A
The world's most popular nitrous oxide system. The NOS Cheater system is designed for use on 350 CID or larger, carbureted engines. It uses large nitrous and fuel Solenoids and can be adjusted to any desired power level from 150 to 250 horsepower, in a matter of seconds. Cheater systems are easy to install and utilize a 1/2 inch thick injector plate which fits between the carburetor and intake manifold to provide ample hood clearance.
Features:
Holley Performance Emission Code 4: This part is legal for sale or use on Racing Use Only Vehicles. The following vehicles are considered Racing Use Only Vehicles: Racing Use Only Vehicles are vehicles that are used exclusively for competition that are not registered and that may never be used on the street. WARNING: It is against the law to install this part on an Emissions Controlled Vehicle
Installation Notes:
To supply the proper amount of fuel to the carburetor and the Cheater System, a fuel pump must be used that is designed to operate between 4.5 and 7 psi, with a flow rate of 0.1 gallons per horsepower at 6 psi. For example, an engine that produces 350 horsepower when the Cheater System is activated will require a fuel pump that flows at least 35 gallons per hour at 6 psi.