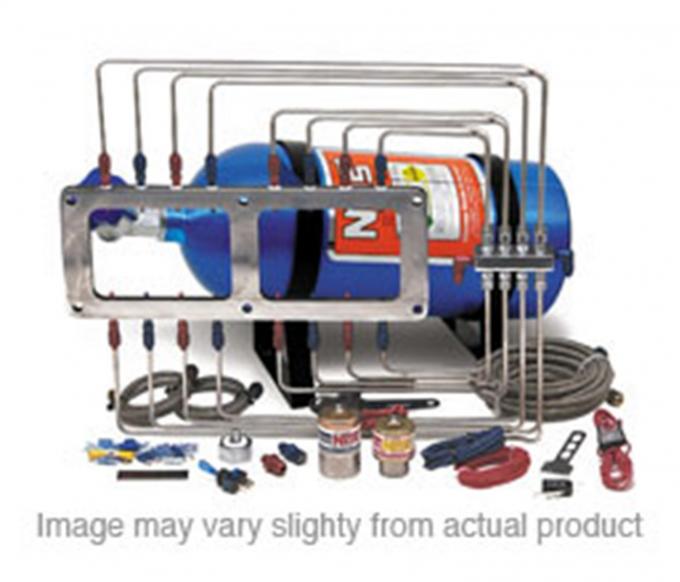 CALL US
877.589.9860
Description Downloads Specifications Reviews (0) Product Q&A
NOS Turbo Nitrous Systems are designed to be the perfect compliment to a factory or aftermarket turbocharged engine. From a standing start and during low or mid–range RPM — before the turbo is at full boost— nitrous will eliminate all turbo lag, providing instant torque gains. In addition to adding 30 to 40 percent extra HP and torque ,depending on the base engine, the nitrous oxide acts as an additional intercooler, as it is injected into the intake at negative 127 degrees Fahrenheit and as it mixes with incoming air, the intake charge can drop by as much as 75 degrees Fahrenheit. These kits are fully adjustable for various power settings.
Features:
Holley Performance Emission Code 4: This part is legal for sale or use on Racing Use Only Vehicles. The following vehicles are considered Racing Use Only Vehicles: Racing Use Only Vehicles are vehicles that are used exclusively for competition that are not registered and that may never be used on the street. WARNING: It is against the law to install this part on an Emissions Controlled Vehicle
Installation Notes:
Blower kits available in special "show quality" finish.