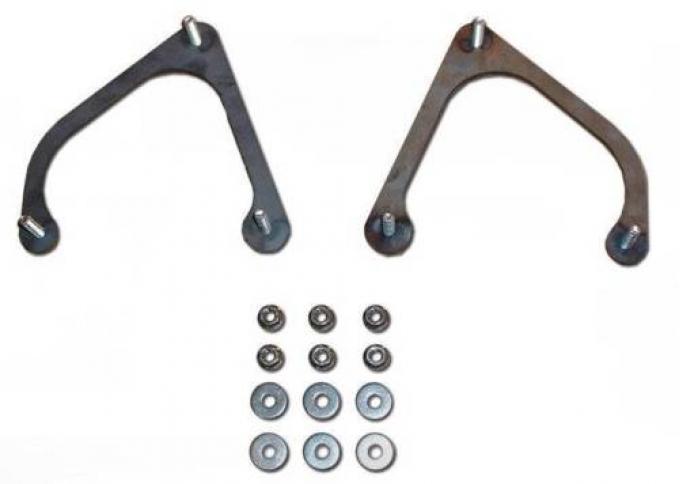 If you will be installing replacement strut mounts on a 1982-1986 car, you will need to get these 1987-1992 style retainers. Our strut mount retainers are CNC laser cut from 3/16" steel and have new (longer than stock) mounting bolts, flat washers and stainless steel nuts.